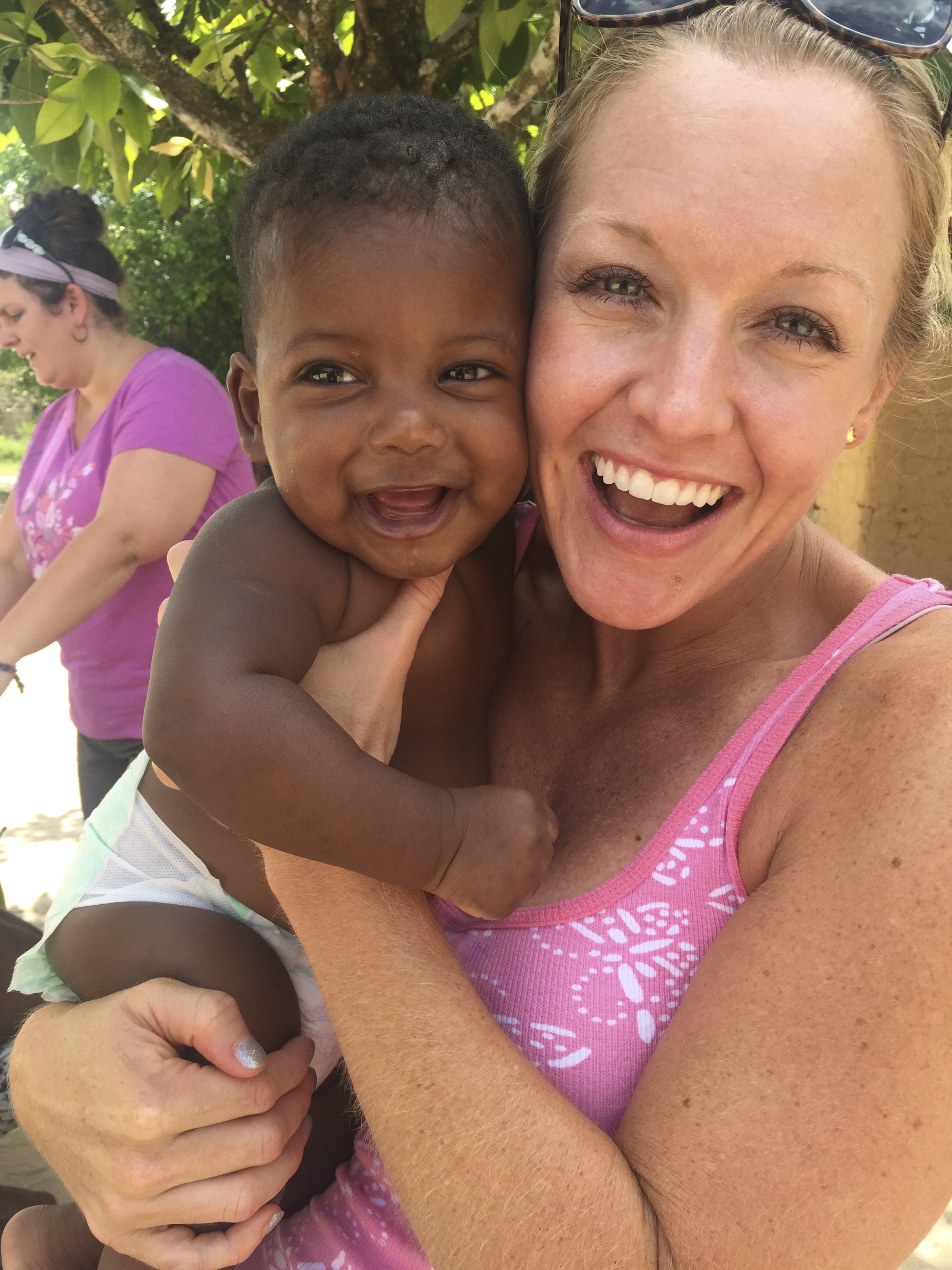 A precious baby in a village. 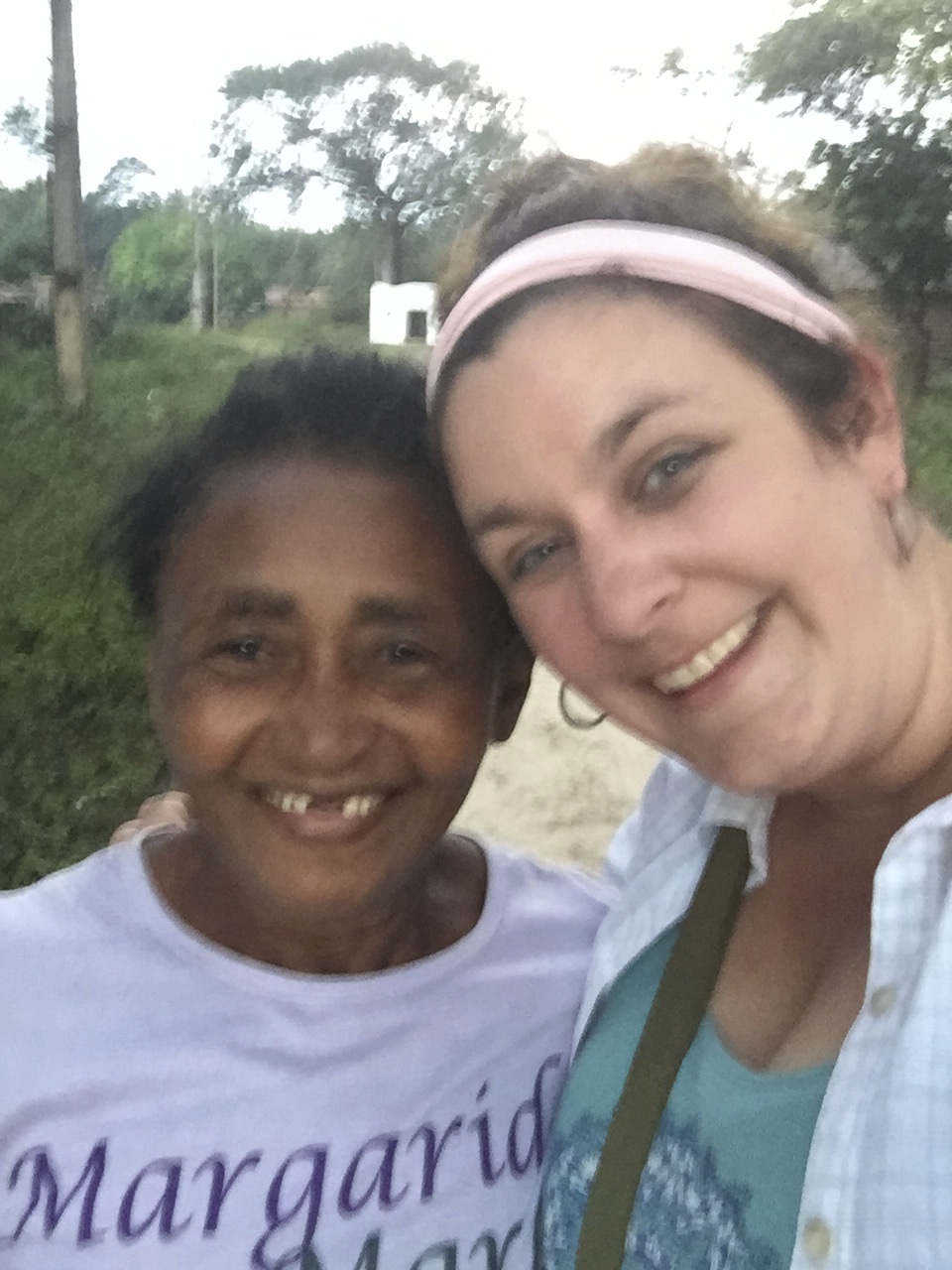 Kristin and a village leader. Kristin is the one who was supposed to push me down.. 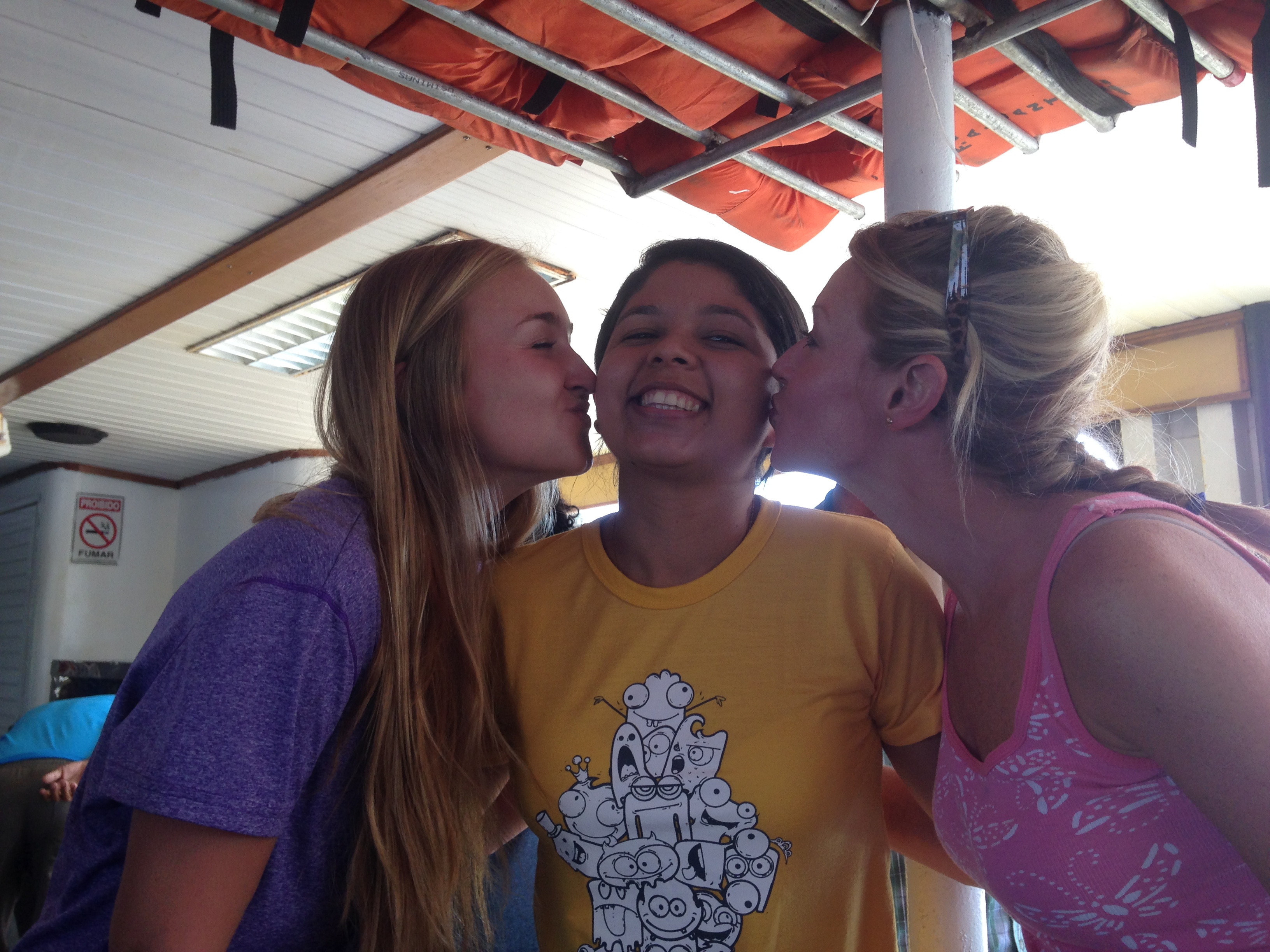 Here are some insights I gained from a mission trip to a third world country recently where they do things differently:

-Contentment is a gift: accept your circumstances and focus on the good. Some places won’t allow you to throw your poop paper in the toilet, so if you can… appreciate a good flush! I dare you to count your blessings for one day instead of focusing on the things you think are wrong in your life. If you try this, let me know how it went in a comment.

-Being affectionate is something you can learn to appreciate: Hugs can affect your mood in a positive way. I watched  people over the past week hug people they didn’t even know from a foreign country..why can’t we do that with people who live right next to us, work with us, eat dinner with us, or sit next to us in church?

-Flexibility and your attitude make life much easier. If a flight gets cancelled or your day doesn’t go according to your plan, turn it into a fun experience. My husband said I could kiss an airline supervisor guy b/c he was so nice to me:) see picture. I was still getting home a day later than planned but it wasn’t quite as bad as if I would have decided to stay ticked off for things out of my control. You can have fun in any place or circumstance.

-Don’t sweat the small stuff: a frog can be a weird thing in your room. My roommates and I in Brazil also roomed with a frog. Our leader told us to leave the frog because he would eat the mosquitoes. We did and even though it woke one of us up in the middle of the night by jumping on a neck, it wasn’t the end of the world. Sometimes, we need eo realize what things are small, and in the scope of life…most things are small.

-Perspective is everything: how can you change your perspective. Whatever it takes for you to change the lens from which you are viewing the world, do it from time to time. It’s worth it. Go on a trip, try to make a new friend, have a discussion with someone you dislike, watch a show with your kid, etc.

-Racism vs classism: they both suck, being judgmental only hurts you. In the US, we suffer from racism unfortunately. In Brazil, they suffer from classism. They don’t really have that many races but they do have a class system that hurts them as a country just like racism hurts the US. We went to work with the most poor and looked down on people in Brazil. It was a blessing, but it made me think about how we are all God’s creation and He loves us all. I believe we all came from the same two individuals, Adam and Eve so we are from the same family. I sure wish this view could break down the barriers and painful ways we judge one another. I believe with God all things are possible though…

-College students are cool: give people a chance. I had to room with a kid in college. Actually she’s a young lady, but when you realize you could have been her parent, it feels appropriate to call her a kid. We don’t have much in common as far as life circumstances at the moment. I’m married, she’s dating. I’m a mother, she’s not. I’m a career person, she’s studying. However, after a week of rooming together, I’ve gained a new friend. Give people a chance, even young ones. You just might gain a new friend!

-Most of your fears don’t come true: being eaten by an anaconda. One of the girls on the trip was told by her best friend to push me down if she saw an anaconda and run so the snake would eat me first. I understand the love of a best friend, but was only slightly amused by the comment especially after one night when the power was out and she and I were outside walking, the fear seemed like it could be a real occurrence. However, I’m glad I faced the fear and went to Brazil and wasn’t eaten by an anaconda.

-My Brazilian roommate and translator told me “I’ve never met an American like you, you are crazy. I like it because you are like a Brazillian.) Apparently, I fit in:) I’ve also been told by one of my favorite people in the world that I have “sister hips”, which I also love. Therefore, I’m part Brazilian, part “African American”, and I’m sure much more! You see, we really do have a lot more similarities than we think even if our skin looks different or we don’t speak the same language.

As for the one who is weak in faith, welcome him, but not to quarrel over opinions. One person believes he may eat anything, while the weak person eats only vegetables. Let not the one who eats despise the one who abstains, and let not the one who abstains pass judgment on the one who eats, for God has welcomed him. Who are you to pass judgment on the servant of another? It is before his own master that he stands or falls. And he will be upheld, for the Lord is able to make him stand. One person esteems one day as better than another, while another esteems all days alike. Each one should be fully convinced in his own mind. …

Revelation 7:9
After this I looked, and behold, a great multitude that no one could number, from every nation, from all tribes and peoples and languages, standing before the throne and before the Lamb, clothed in white robes, with palm branches in their hands… (I love this verse, how beautiful heaven will be)!